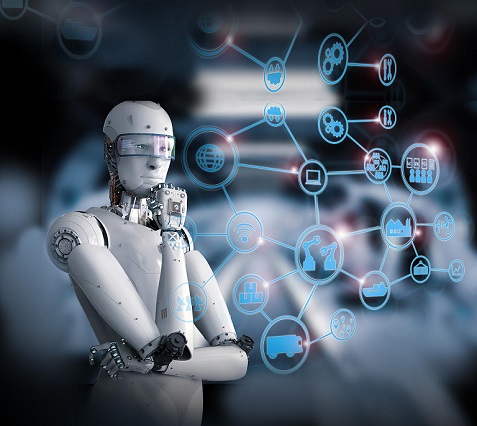 The Society 5.0 or Super-smart Society is a concept / project of Japan that began in 2016. The 5th Science and Technology Basic Plan, the Basic Policies for Economic and Fiscal Management and Reform and the Council on Future Investments are its support. The areas involved show us the economic and industrial strategic importance, but especially the social one, the main target.

Our westerns countries, under developing, far from the scientific and technological research centers, where the most sophisticated device we want is the latest Smartphone, this concept is highly disruptive and much closer to science fiction than it is to reality.

The history of the society is classified in: Society 1.0 Hunter-gatherer, Society 2.0 Agricultural, Society 3.0 industrialized, Society 4.0 of Knowledge and Society 5.0. The speed of change is evident when we see that the Knowledge Society is already history.

The difference between the basics of the knowledge society and Society 5.0 is that the 5.0 focuses on people, their needs, and their situation. Technological developments start from society, where the person is the center. Technology is currently the center and technological developments are based in terms of innovation and not in terms of society requirements. Society 5.0 seeks to guarantee the peoples life quality and the economic return of those services. A people-centric super-smart society.

The main problem of Japanese society is the aging population and the lowering the birth rate. By 2065 there will be almost 40% of people over 65 years old. The total population for that date in Japan is going to be approximately 95 million people (today, they are 125 million), there will be 38 million people over 65 who will need medical care, social assistance, entertainment, food, company. Japan is the country with the highest life expectancy. They retire at 65 years old with good health in general. There will be a rise in social security costs and a shortage of resources to meet their requirements. The aging population and Japanese immigration restriction policies will mean a marked reduction in workforce.

To improve the quality of life is the goal, so Japan has developed this partnership project where they can meet the age of life and the intended standard of living. That lack of labor and that decision to live well led them to this scheme where artificial intelligence will replace part of our decisions. Where the robots will make us food, they will keep us company (pet robots), they will buy for us, realizing when something is out of stock, for example, with sensors in the refrigerators or on the shelves. Where doctors will assist us remotely and perform remote diagnoses. Where buses and taxis will be autonomous. Where the industry is fully automated. Where agricultural work will be done by autonomous tractors.

The Prime Minister’s office of Japan has uploaded a presentation video of this project, which is available on the internet. It shows a teenage girl who lives with her grandmother in a rural town, She receives a drone that releases her an order, later she talks to an appliance about what she wants to have breakfast and it prepares the breakfast, a virtual assistant tells her it is time to go to school and it orders a lunch for her to withdraw near her home which she pays with the cell phone, she takes an autonomous bus to school, on the road she sees an autonomous tractor harvesting. Meanwhile, her grandmother is checked by a doctor remotely who takes her the pressure in her home.

Although many of these technologies are known, the society 5.0 technology differs because it links the real and virtual world, because the data analysis to make decisions is not only made by people but also by devices with artificial intelligence, because that the inside and the outside are handled simultaneously since intelligent artifacts act in the private and in the public world, because there is a permanent interaction between human and non-human.

It does not only refer to domestic life. It includes intelligent devices for public buildings inspection (24 hours a day) and the maintenance of the infrastructure of the cities: roads, signs, sewers. Robots will perform agricultural tasks, gathering fruits and vegetables. The agricultural work will be carried out by autonomous tractors guided from specific GPS. Monetary transactions will be virtual, much more efficient and secure, using Block Chain. Home delivery logistics will be done with drones.

The Tokyo Olympic Games, this year, end of July, if they are done, will show us the level of this new model of society achievements, the first focused on people.